Poor Donkey Nearly Died in Flood. He can’t Help but Grin after Being Rescued!

I don’t know if you’ve ever experienced a flood before, but what you need to know about floods is that it isn’t just people that are in danger, but animals as well. It would be unfair to say that owners simply forget about their animals. Rather, because owners usually have to move quickly in order to save themselves, they regrettably don’t have time to make sure their animals are safe as well.
When a group of animal rescuers, saw a donkey drowning in a flooded area, however, they set out to make one of the most daring rescues ever.

Because the water level was rising so quickly, the rescuers knew that one wrong move would sweep the donkey away, which would probably result in his death. The rescuers knew that they needed help, so they posted on Facebook and tried to gather anyone that was close by. 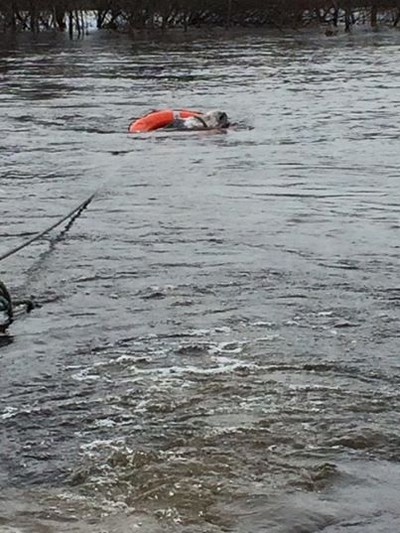 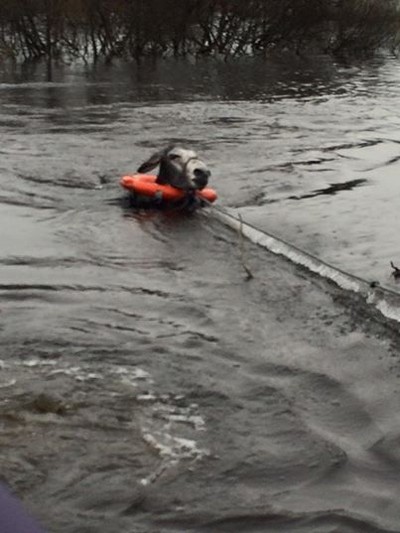 Luckily, help arrived. The group quickly took a flotation device attached to rope and placed it around the donkey’s neck. This allowed the rescuers to gently drag the donkey over to safe land. 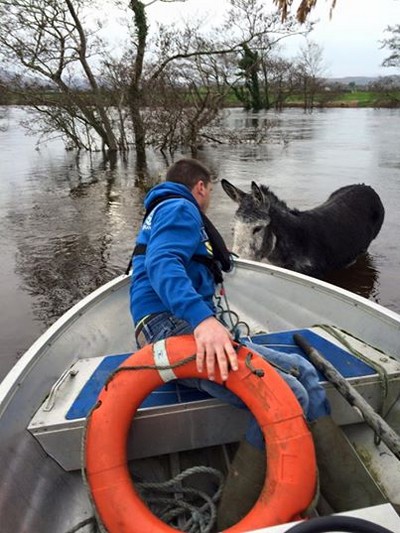 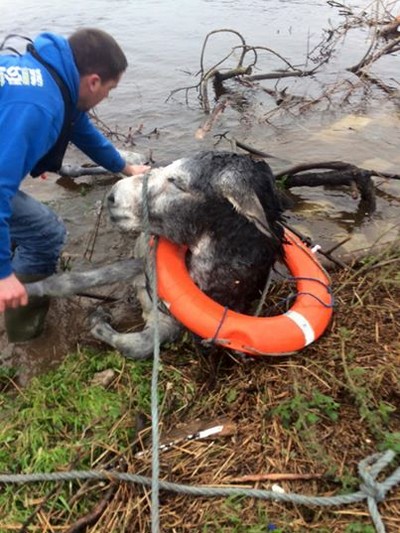 Just look at how happy this donkey looks after being saved! 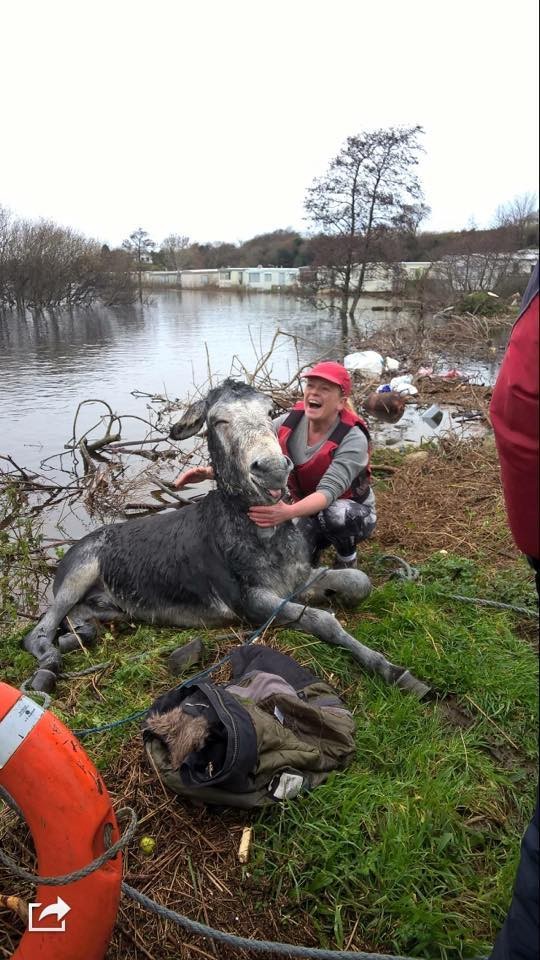 The rescue team have named the donkey Mike after one of his heroes. He is on the road to recovery and in very safe hands. The rescue team added:
Mike is now cozy in a barn: “He is now dried with towels, eating a hot mash, all cozy and warm and our vet has seen him and started him on antibiotics to prevent pneumonia,” the rescue group wrote. “We loved every moment saving Mike and I think I speak for all of us, he was so worth the danger just to see his little face on dry land. Thanks for all your lovely comments and support.”

Mike will be returned to his owner once the flooding has subsided.

Our Must See Stories